The Snow Lion is a celestial animal of Tibet. It is the emblem of Tibet, representing the snowy mountain ranges and glaciers of Tibet, and may also symbolize power and strength, and fearlessness and joy, east and the earth element. It is one of the Four Dignities. It ranges over the mountain and is commonly pictured as being white with a turquoise mane. In Journey to the west published in 1592, the snow lion is depicted as one of Yokai’s. Apparently, we may not have seen the real Snow lion but if you ever visited Tibet, you can see various snow lion arts on the wall of the monasteries. Besides many thrones also had Snow lion images. 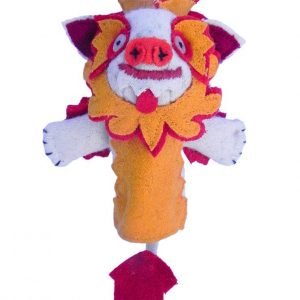